All personal information received will be held in accordance with GDPR regulations.

Thanks for your nomination!

Thank you for entering

We'll be in touch if you're one of our lucky winners!

Thanks for submitting your details

We'll keep you up to date with all of the latest from ClubRoyale!

Thank you for submitting your details

We'll keep you up to date with all of the latest from ClubRoyale! Keep a look out for your activitation email from our Rewards partner, Vaboo.

Thank you for contacting us

Your message is important to us, we will be in touch shortly.

Residents at RoyaleLife developments throughout the country have voted for those who have gone the extra mile for their community and deserve to be crowned as a ‘Neighbourhood Hero’.

In a time where the meaning of community has never been more important, the RoyaleLife Neighbourhood Hero initiative saw over 50 nominations from kind-hearted neighbours, spanning ten locations with winners receiving an engraved trophy, luxury hamper and personalised ‘thank you’ from RoyaleLife.

Robert Bull, CEO  at RoyaleLife said: “As a nation, it once seemed that we had lost the sense of what being a good neighbour was, with many of us not even knowing the names of those who live next door to us. However, since the pandemic, there has been a huge outpouring of support between households which we felt needed to be recognised – and celebrated – during these difficult times.”

Those handpicked from the entries include Meadowlands Court resident Rick Dean (71), who embarked on a 205-mile static bike ride in Cornwall to raise money for the Children’s Hospice South West (CHSW) charity Little Bridge House.

With 24 half-marathons and the London Marathon already under his belt, the pandemic did not deter Rick from completing his next fundraising challenge. And, despite not being a ‘keen’ cyclist, Rick powered through to raise vital funds for the hospice that supported him and his wife Julie following the death of their son Kierran in 2003.

Other nominations across the country included a lady in Wickham who spent lockdown making over 200 fabric masks – free of charge – for residents and the NHS.

134 miles away in Herne Bay, a gentleman was recognised for saving the life of a neighbour who had suffered a heart attack and stroke, while further south – in Milford on Sea -  a fun-loving couple ensured that VE day was celebrated in style by hosting a socially distanced event for neighbours.

Many of those who were nominated were praised by grateful residents, a number of who are still shielding, after receiving much needed help with shopping, housework, and emotional support over the last few months.

Robert added: ““The response we had for Neighbourhood Hero was overwhelming and truly advocates our core message of building positive, like-minded communities in fantastic locations. Our residents have truly gone above and beyond as neighbours and we couldn’t be prouder of them.”

Pam and Terry Moore of Reculver Court, Kent who were nominated for the help and support they extended to neighbours as well as the events they helped organise to life morale during lockdown.

Debbie and Gary Johnson of Royale Heights, Dorset who received a gift as acknowledgment for the care and support they provided to their elderly neighbours

Denise Dawson of Solent Grange, Hampshire with her neighbours Rosemary and Allen Grant whose home she looked after whilst they were away during the pandemic.

Terry and Sue Hoar of Oakwood Court, Hampshire who were nominated by a neighbour who had been shielding during lockdown for their help with shopping and jobs around the garden.

Rick Dean of Meadowlands Court, Cornwall who was nominated by fellow residents for his commitment to charity and community morale. Rick completed a static bike-ride that was staged as a socially-distanced event during lockdown in aid of a Children's Hospice.

Ed and Benita Durham of Wickham Court, Hampshire with neighbour Suzanne Canterbury who nominated them for their kindness and support following the death of her husband and the subsequent lockdown: "they have both been my rocks and  I couldn't have managed without them."

Sue and Bob Auty of Wickham Court, Hampshire were nominated by shielding neighbours, for the help they'd provided with with their shopping needs during lockdown. 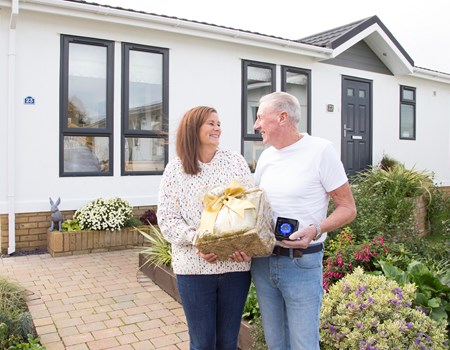 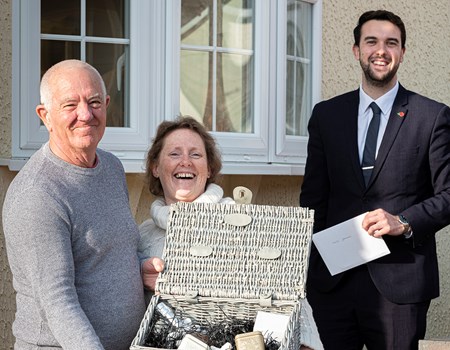 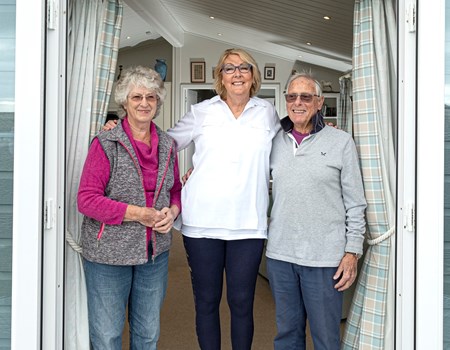 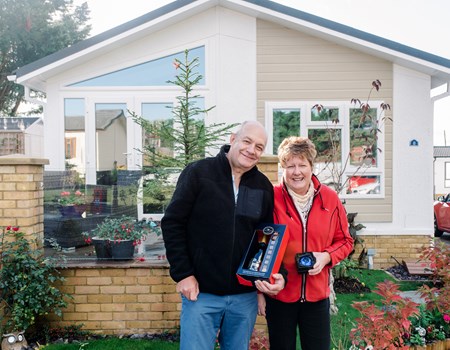 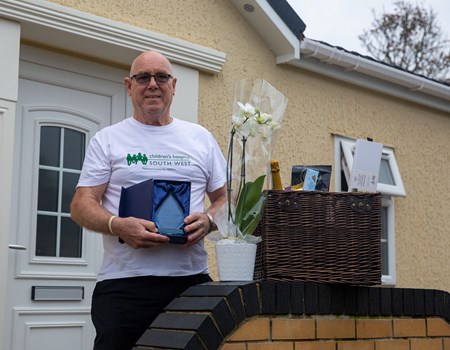 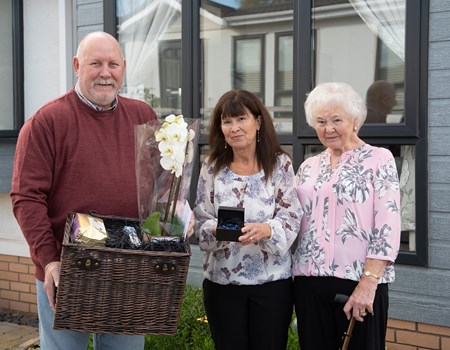 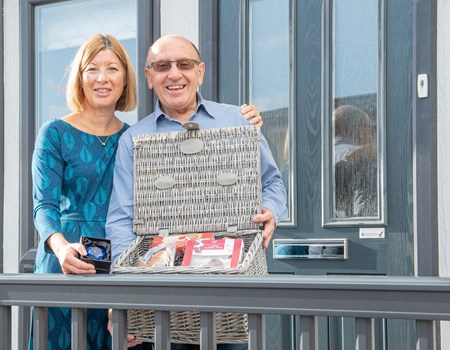